This tray is packed full of the latest design features to ensure an incredibly natural root system and the very best plants possible.

One of the key concepts with the Ellepot/Proptek system is how compatible with automation it is. Serious time and money efficiency savings can be made throughout the whole growing process, right from filling, to sorting & grading to shipping out of the door.

The Ellepot supports the growing media and holds it together whilst the roots are growing, meaning they can be moved or transplanted far sooner than in traditional systems. The Ellepots and the tray support the plants in their early stages and stops them drying out too fast. The inserts are held in such a way that also allows enough air movement for great aeration and drainage and fantastic air pruning of the root system.

This size Ellepot can be easily bumped up to a large Ellepot (Such as 100mm or 120mm). A hole is drilled in the larger Ellepot and the 50mm is simply slotted in, making bumping up a very quick and efficient operation.

Once the trees are grown to the desired size, the Ellepot insert can be removed, packaged and sent to the field or customer without any plastic leaving the nursery, helping to ensure trays never go missing.

The tray comes in four versions: with feet, with lugs, with feet and lugs or the plain tray. Foot version allows the tray to be raised off the ground away from standing water to allow air to better flow around the base to help air pruning and reduce disease. The ‘lug’ option enables the tray to easily be guided on a T-rail benching system 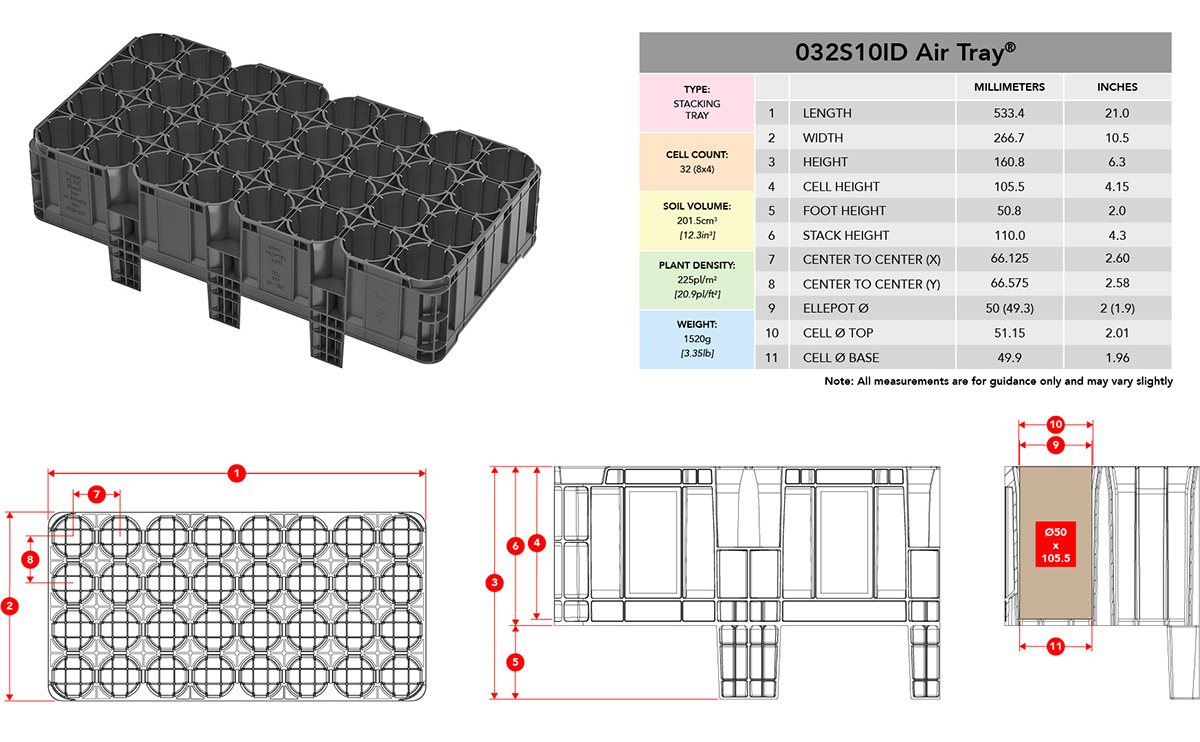 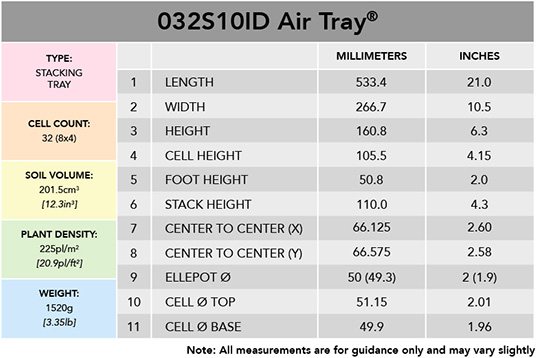 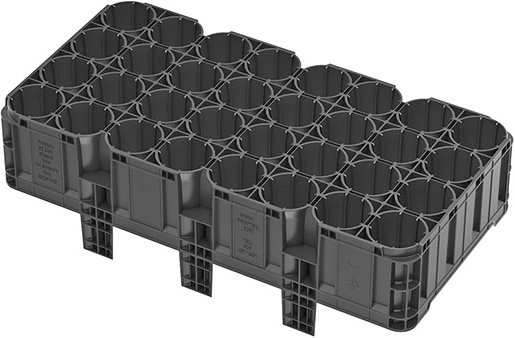 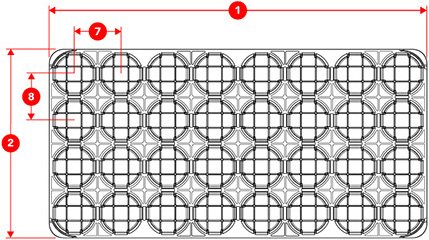 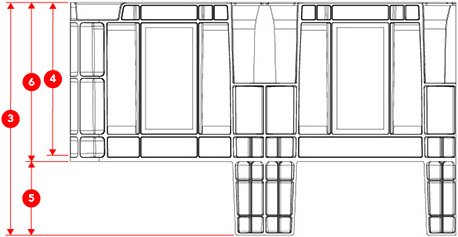 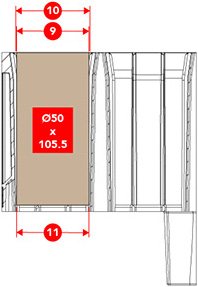 1 Full truck loads can fit more trays per pallet as a dedicated full size 53ft lorry is used for delivery. For partial truck loads, we cannot guarantee the height of the lorry, so pallets must fit into all commercial freight vehicles. If arranging your own transport, please advise us at the earliest opportunity on the internal height of your vehicle.

2 Trays are stacked loose or partly loose to get the maximum number of trays per container. This will result in lower unit shipping cost but also more labor to unload

All statistics and measurements may vary so please check before purchasing, if critical, or ask for sample.